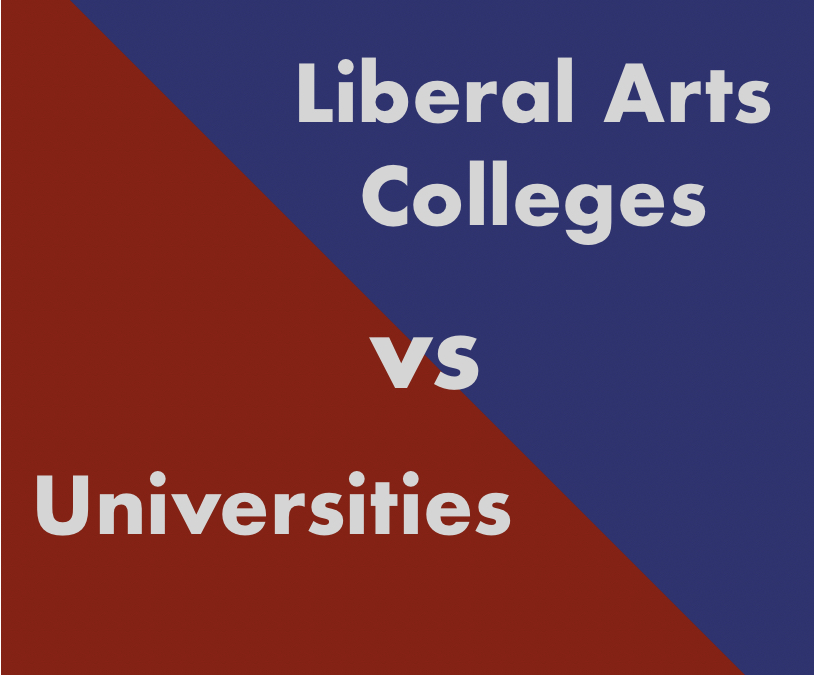 If you are American you are probably familiar with the term “Liberal Arts”.

If you are European, though, this might be new to you. In this article I will try to explain what a liberal arts college is and compare it with the traditional European universities.

What is a “Liberal Arts” Education?

Historically, the liberal arts go back to the ancient Greeks who considered an a multidisciplinary education the ultimate education for a rounded person, capable of showing to be knowledgeable, ethical and highly articulate.

Today, universities offer a much broader range of disciplines to choose from.

But where to find colleges that offer a liberal arts degree program?

Liberal Arts Colleges in the US

In the United States, it is quite common to have colleges offering the liberal arts degree program. This type of program allows the student to take some more time exploring their diverse or possible interests. When applying to liberal arts, students get to choose their courses in three main areas: humanities, sciences and social sciences. While the first year is really meant to be dedicated to exploring and digging into different subjects, in the second and even more in the third year, students are asked to declare a major. A major is the main subject they will graduate in. This means the majority of the courses will belong to that subject, but students can still have a second or third subject of interest that they might want to keep studying, pursuing a minor degree. In some rare cases a student can also decide to take two majors. This is to be considered as a double degree, with all the work that comes with it.

Although the concept of liberal arts originated in the old continent, it is only lately resurfacing in some countries. In Europe, we are used to universities offering very specific bachelor courses, such as engineering, psychology, or biology. This kind of degrees are highly qualifying and focus only the chosen discipline. This education allows you to get a bachelor degree that already is highly spendable in the working world.

It implies, though, that when the time comes to apply for university students are required to already have a very clear idea of what they want to study and what they want to do in their life. There is very little space for doubts or flexibility.

Now a days, more and more universities are offering the liberal arts degree program also in Europe. The UK and the Netherlands are leading this new trend with most research universities (RU) having their own college of liberal arts and sciences.

The main difference between the two kind of educations is that in a traditional bachelor degree you need to know very early in time what you want to study. All the students who study the same degree will end up with the same title. With the liberal arts degree you can build up your own, very personal degree. In a liberal arts colleges there are no two degrees that are the same!

Which one is best? This entirely depends on the student’s necessities. A specific degree will provide a deeper and highly qualifying education on a specific discipline. A liberal arts degree will provide a more rounded education on more subjects, while putting the accent on one. This allows to buy some time before choosing a specific path, but it also allows to develop transferable skills. It is then possible to further specialize with a masters degree.

I wouldn’t say one is better than the other. Different students have different necessities and it is good to know there are both options.